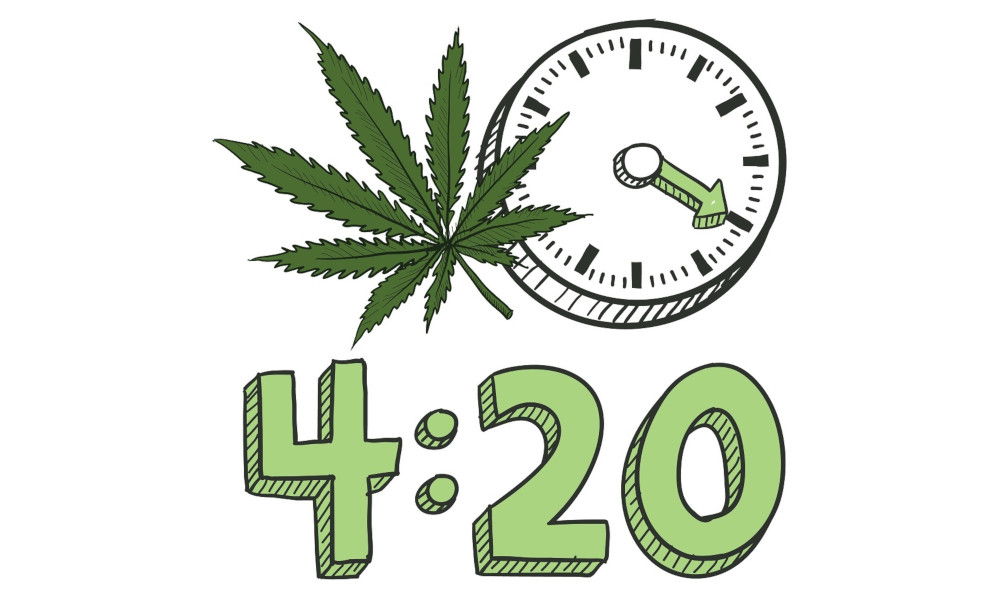 In the stoner community, 420 is a magical number and a term. Most commonly 420 relates to certain times, or should I rather say – 4:20 p.m. I can’t imagine getting up at 4:20 a.m. to smoke weed, unless it’s a party. However, it doesn’t necessarily mean that every stoner waits the whole day till 4:20 p.m. to have a good toke. It’s just the general code name for saying “let’s smoke some weed”.

But there’s even more. There’s a special day every year - 20th of April or 4/20. It’s considered a stoner holiday. But I’m 420 % sure that nobody waits until that day. However, it seems like the perfect day to celebrate the existence of marijuana, advocate it, stand for its rights, and every individual’s rights to use it.

420 certainly is one of the most mysterious numbers with many theories revolving around its origin. Some people think that the "420 meaning" was used as a code in the police departments of California. There are people who falsely connect it to death anniversaries of certain musicians like Janis Joplin, Jimi Hendrix, Bob Marley, and Jim Morrison. It’s completely unimaginable how some conspiracy theorists associate 420 with is the birth of Adolf Hitler, April 20, 1889, as if marijuana would be the root of all evil.

The actual time when 420 appeared was during the 1970s in the town of San Rafael, California. A group of 5 San Rafael high school students calling themselves the “Waldo’s” were entrusted a “treasure map” leading to a patch of marijuana. The grower of the plants was afraid of getting busted and losing his job at U.S. Coast Guard. He thought that the group of the tight-knit teens will be perfect for the harvesting of MJ.

Initially, the Waldo’s chose a code name “420 Louie”, later “420” to remind each other of their quest. They began meeting at 4:20 p.m. every day at the Louis Pasteur statue. They would smoke, jump in the car and then drive to look for the cannabis plants.

The 4:20 p.m. time was chosen as the most appropriate time for the meet-up because some of them played football and other sports after school.

Although the Waldo’s never found the growing spot, they continued their tradition meeting at 4:20 p.m., as well as the use of the term “420” for marijuana smoking. Other friends and acquaintances picked up the code name and it just naturally spread around the college campuses in California.

420 Meaning And The Grateful Dead

Many believe that 420 went completely global after the High Times also picked it up, and published it in their magazine.

Today the number is more popular than ever. Everyone who has had the least connection with marijuana knows what it stands for. At this point, 420 will always stay.